BIOLOGY: C. achates adults emerge from June to September. They are large (14-15mm long) and live for 2-3 weeks. Females lay one egg at a time in the root crown just below the soil. A female will mate and lay eggs over 100 times. Larvae undergo 4 instars. The fourth instar overwinters and pupates in June.

IMPACT TO HOST: First and second instar larvae reduce root mass and stress plants. Third and fourth instar larvae form swelling and galls in roots, causing even further damage to plants. C. achates can kill knapweed plants in a single year, but populations are not usually dense enough to reduce entire stands of knapweed. C. achates will be most effective when released with other knapweed biological control agents listed in this field guide.

REDISTRIBUTION: Adults can be collected by picking them
directly off of plants in the middle of the day in July. A release is typically 50-75 C. achates. 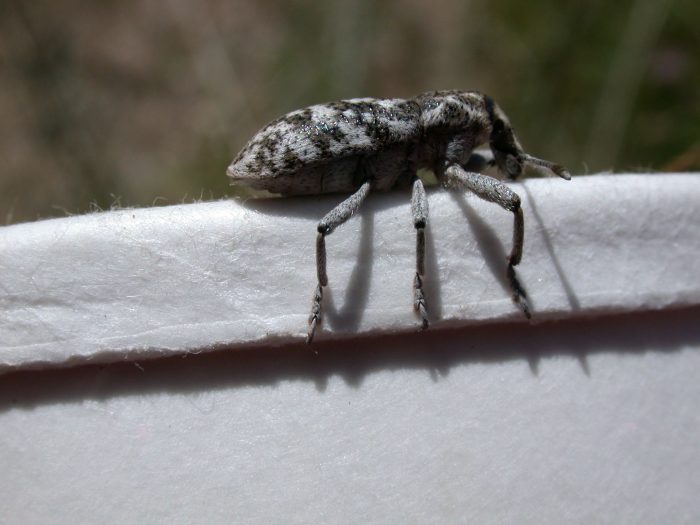 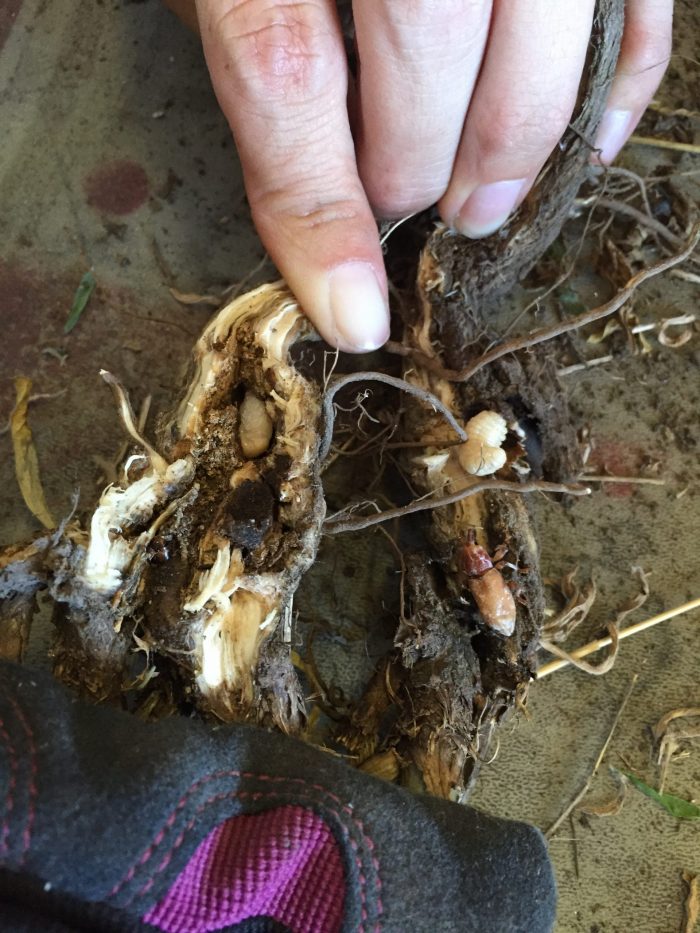 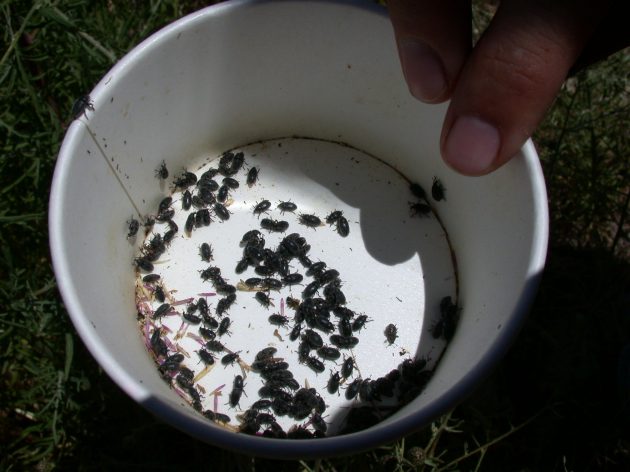 BIOLOGY: Adults are active from May to September. They are… 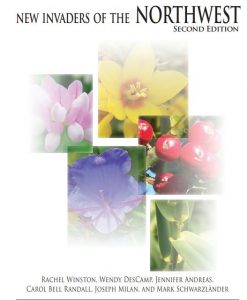 Filter by agent or plant