Established to provide a means to control DESTRUCTIVE NOXIOUS WEEDS

Separated into 5 categories, learn what each classification means.

As of 2016 the state of Utah has added 27 new weeds to the Utah Noxious Weed List for a total 54 noxious weeds. These are separated in to five categories.

The following weeds are hereby officially designated and published as noxious for the State of Utah, as per the authority vested in the Commissioner of Agriculture and Food under Section 4-17-3

title 4 chapter 17 A county executive of a county may, with the advice and consent of the county legislative body, appoint a county weed control board comprised of not less than three nor more than five appointed members.

The state of Utah has a total of 54 noxious weeds on the Utah Noxious Weed List. These are separated into five categories. Check out the classifications and what each weed looks like.

Once established, they can be difficult and costly to control 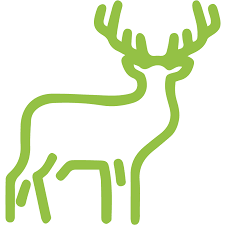 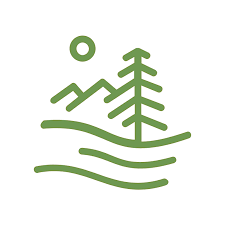 Clogging of rivers and streams and increased risk of forest fires

If not controlled, noxious weeds increase water use and erosion

Invasive noxious weeds have been described as a raging biological wildfire – out of control, spreading rapidly, and causing enormous economic losses. Millions of acres in North America have been invaded or are at risk of being invaded by weeds, including cropland, pastures, rangelands, forests, wilderness areas, national parks, recreation sites, wildlife management areas, transportation corridors, waterways, wetlands, parks, golf courses, even yards and gardens. Noxious weeds are currently spreading at a rate of more than 4,600 acres per day on federal lands in the United States.
Devastation caused by noxious weeds is enormous. Economic losses from weeds exceed $20 billion annually in the United States, and the cost continues to grow. Weeds often reduce crop yields, and can damage watersheds, increase soil erosion, negatively impact wildland plant and animal communities, and adversely affect outdoor recreation. Ecological damage from uncontrolled noxious weed infestations can be permanent, leaving lands unable to return naturally to their pre-invasion condition.
Prevention, preserving and protecting lands not presently infested, is the first line of defense against aggressive noxious weeds. Prevention requires awareness and action by land managers as well as the general public, to recognize, report, and control new infestations before they have a chance to expand and spread.

LEARN HOW TO IDENTIFY

Keep Utah in the fight

GET STARTED ON EDDMAPS

Plants that have a reasonable distribution in Utah, but do not occur everywhere. These should be given a high priority for control.

Early Detection Rapid Response (EDRR)/Watch List: Plants not known to be in Utah, but thought to be present in neighboring states. If found in the state, swift eradication of any plants in this category is a very high priority.

Plants that occur in Utah at very low levels. It is a high priority to eradicate all known populations, and prevent new ones.

Plants that are present in Utah, appear to be arriving in nursery stock/seed, and are being sold as ornamentals. This is now illegal.